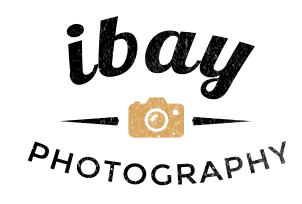 How To Get Married At Jackson Square New Orleans? New Orleans is a city full of beautiful architecture, historic landmarks and rich culture. Due to its countless amount of historical wedding venues, it is also a wonderful place to get married. There are many wedding venues in this exciting city, from beautiful plantations to elegant courthouses like the Algiers Courthouse.

One of the most popular places to get married is in Jackson Square, and people come to New Orleans from all over to have a Jackson Square wedding. Most locals are familiar with the beauty and are well-versed in the significance of the historic park in New Orleans, but if you aren’t, I am honored to share with you the history of Jackson Square.

Everything You Need To Know About Jackson Square

Built in 1721, is regarded as a national historical landmark in the United States. Jackson Square has had many names over the years. During the 16th century, when Louisiana was under French rule, the area was known as Place d’Armes; then, under the Spanish colonial administration in the 18th century, the area was renamed to Plaza de Armas.

Finally, after the 1815 Battle is New Orleans, the area was given its current name of Jackson Square, named after General Andrew Jackson. There are several significant statues in the square, including those of Andrew Jackson and neoclassical personifications of the four seasons.

Other key features of the square, which also make for lovely photo backdrops, are the “moon walk,” “Washington artillery park,” St. Louis Cathedral, and previous government buildings-turned-museums Cabildo and Presbytère. If you’re a history buff, you may know the Cabildo as the old city hall where the Louisiana Purchase was first signed.

While the square was originally a center for legal handlings, the 20th century saw a shift from a governmental Mecca to a site for entertainment. In the Jackson Square public park, artists, musicians, street performers and fortune tellers can now be found in the square working for tips set against the background of new restaurants, specialty shops and breweries.

As you can tell, a lot happens at Jackson Square these days- perhaps the most notable of which are large concerts. Artists like Taylor Swift have played shows at Jackson Square. Like the rest of the French Quarter, where Jackson Square is situated, the stunning, multicultural architecture has made it a popular site for the filming of TV shows and movies.

Like most of New Orleans, the French Quarter has a mix of old French and Spanish colonial buildings and “second generation” Creole and Greek revival architecture. Who wouldn’t want to be married in the same picturesque place where superstar Taylor Swift performed and the hit movie The Curious Case is Benjamin Button was filmed?

Not only is getting married at Jackson Square an exciting experience for brides and grooms, but it is a wonderful opportunity for photographers.

There are so many spots at Jackson Square that make for the perfect backdrop for romantic wedding photos. It is a photographer’s dream to capture a wedding at this historic location because the natural lighting combined with the antique architecture will create wedding photos that couples can appreciate years after their big day.

If you are looking for a photographer for your Jackson Square wedding, please don’t hesitate to contact me. I would love to help you capture every moment of your big day. If you are interested in getting married at Jackson Square but aren’t quite sure how to go about planning such an event, here is a brief guide.

How to Get Married at Jackson Square

Because Jackson Square is a public park, there are quite a few steps required before you can get permission to have your wedding ceremony there.

There can only be one wedding couple in Jackson Square at any given time so the city is very specific on the times of day they approve wedding ceremonies.

Here are the steps you should take:

How Much Does it Cost to Have a Wedding at Jackson Square?

The cost of your Jackson Square wedding will depend on the amount of guests you have.

Regardless of the length of your guest list, you will need to pay a non-refundable $50 processing fee for your application.

The additional costs based on guest count are as follows:

* Prices stated when article was written, please do your own due diligence and confirm current pricing directly with Jackson Square officials.

When creating your wedding budget, don’t forget to include a photographer! It’s absolutely crucial that you hire a professional photographer to capture your special day to avoid the blurry or thumb-in-the-way photos that your family members might take. You deserve to have a wedding album full of high quality pictures that beautifully capture every aspect of your wedding.

What will our ceremony look like at Jackson Square?

If you’d like to get an image of what your ceremony at the historic Jackson Square might look like, here are the answers to some commonly asked questions:

Who will marry us?

As Jackson Square is a public venue, you will be required to provide your own wedding officiant.  Ibay Photography packages include a licensed officiant who specializes in 24 hour waivers as well. See our elopement packages

How many guests can we invite?

Jackson Square is a perfect wedding venue for ceremonies of any size. Whether you’ve dreamed of a small, intimate ceremony or a large, extravagant one, you can host it at the square because there is no limit to the amount of guests you can invite However, keep in mind that your guest count will determine the cost of the ceremony according to Jackson Square’s guidelines.

When it comes to parking for Jackson Square, you will need to hunt for a spot. While there is no parking lot designated to the square, there are some nearby private lots that charge anywhere from $3 an hour city meters to $36 for the day valet.

What day/time is best to get married at Jackson Square?

Jackson Square is open 7 days per week and, as long as you send your application in in advance, you can get married any day of the week. However, keep in mind that weddings are only allowed while the park is open.

Also, refer to your photographer for the best time of day lighting-wise. The square’s hours are as follows:
(Sunday)  12pm-5pm and
(Mon-Sat) 9:30am-6pm

Are there any venue-specific rules that we must follow?

Unfortunately, there are some limitations that come with being wed at a gorgeous venue like Jackson Square. Here are some of the venue’s rules:

​I hope that you enjoyed this short, informative guide to getting married at Jackson Square in New Orleans. No matter which city you decide to get married in, it’s important that you hire locals to help with the planning. Locals know the best restaurants, flower vendors, decorators and more to make your big day the best it can possibly be.

Hiring local is the only way to ensure that your wedding day goes as planned. In addition to hiring local vendors and wedding planners, hiring a local photographer is also incredibly important. Local photographers know the wedding venues in their city inside and out, including the best spots for wedding photos.

If you would like to hire an experienced local photographer for your wedding, reach out to me.  I would be honored to capture your special day.

Grab our 5 secrets to a successful (and stress-free) elopement and receive a FREE checklist!

Congratulations to Anna and Jordan on your special

Congratulations to Erica and Mark on your magical

The beautiful bride Marisa on her special day 🤍

Have you visited our blog yet? 😍We post regular

Some beautiful moments from Marisa and Aaron's day

© 2022-2023 Ibay Photography. Design By The Creative Cheer All Rights Reserved.